The Devizes Acupuncture Practice  (has moved!)

Please call with your acupuncture questions or to book an appointment

We have a new website... and that's not all that's changed:

We have relocated and are offering acupuncture treatment from Market Lavington and Westbury. 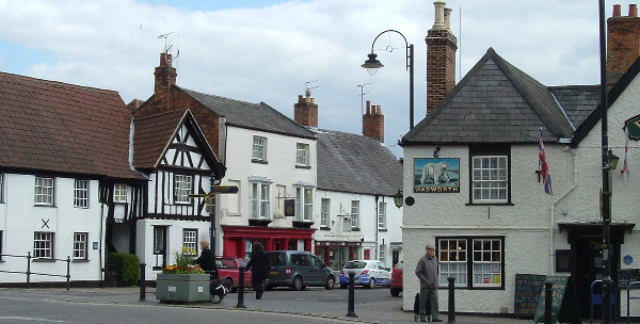 Where we are now

Acupuncture, practised in China and other Eastern countries for thousands of years, is often described as a means of relief but, rather than treating a specific, isolated ailment or symptom, it focusses on improving overall well-being.

According to traditional Chinese philosophy, our health is dependent on the body's motivating energy - known as Qi - moving in a smooth and balanced way through a series of channels beneath the skin. Qi consists of equal and opposite qualities - Yin and Yang - and when these become unbalanced illness may result. By inserting fine needles into the channels of energy, an acupuncturist can stimulate the body's own healing response and help restore its natural balance. The flow of Qi can be disturbed by a number of factors such as anxiety, stress, anger, fear or grief, poor nutrition, weather conditions, hereditary factors, infections, poisons and trauma.

The principal aim of acupuncture  is to recover the equilibrium between the physical, emotional and spiritual aspects of the individual. 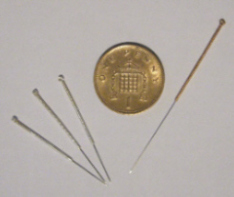 Most people's experience of needles is of those used in injections and blood tests. Acupuncture needles are much finer and are solid rather than hollow. When the needle is inserted, the sensation is often described as a tingling or dull ache.

Needles can be inserted for a second or two or left in place for up to 20 minutes, depending on the effect required. Patients commonly experience a temporary heaviness in the limbs or a pleasant feeling of relaxation.

The benefits of acupuncture frequently include more than just relief from a particular condition. Many people find that it can also lead to increased energy levels, better appetite and sleep, as well as an enhanced sense of overall well-being.

For those who are uncomfortable around needles acupressure can be used instead. Acupressure uses gentle but firm finger pressure on the same points and meridians as acupuncture without the use of needles 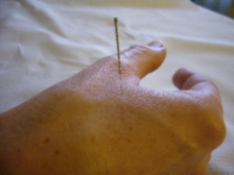 What will happen on my first visit?

Your first consultation will be longer than subsequent sessions (approximately 90 minutes). The enables the acupuncturist to assess your general state of health to identify the underlying pattern of disharmony and give you the most effective treatment.

You will be asked about current symptoms and what treatment you have received so far, your medical history (and that of your close family), your diet, digestive system, sleeping patterns and emotional state. 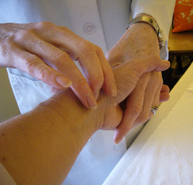 To discover how the energies are flowing in your body the acupuncturist is likely to feel your pulses on both wrists, noting their quality, rhythm and strength. The structure, colour and coating of your tongue also give a good guide to your physical health.

Once enough information has been gathered to determine the likely causes of your problems, the acupuncturist can select the most appropriate treatment. The aim is to discover which energy channels need adjusting for your specific complaint to improve, and which require treatment to boost your overall energy and vitality.

There are around 500 acupuncture points on the body, 100 of which are most commonly used. Stimulation of specific areas on the body affects the functioning of certain organs. However, those areas may not be close to the part of the body where the problem is experienced. For example, although you may suffer from headaches, needles may be inserted in your foot or hand.

In addition to needles, the acupuncturist may also use moxa, a smouldering herb, which is used to warm acupuncture points to encourage the body’s energy to flow smoothly.  Massage or tapping with a rounded probe are techniques particularly suitable for small children or for people with a fear of needles. 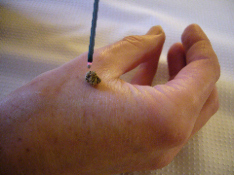 How often will I need treatment?

In traditional acupuncture philosophy each person is considered unique, therefore the number of treatments required depends on the individual. Some change is usually felt after the first few treatments. Weekly visits are usually advised at first, although some conditions may need less frequent attention. Each treatment takes 45 minutes to 1 hour.

Should my doctor know?

If you are receiving treatment from your doctor then it makes sense to tell him or her about your plans to have acupuncture. The acupuncture treatment may enable you to reduce or even stop taking some forms of medication, but your doctor should be consulted regarding any change of prescription.

Always tell your acupuncturist about any medication you are taking as this may affect your response to the acupuncture treatment.

We observe a Code of Safe Practice which lays down stringent standards of hygiene and requires the use of sterile disposable needles.

If you wish to contact us, please use the contact form below and we will get back to you as soon as possible.

Go to top of page

By using this site, you accept the use of cookies on your device.

Find out more Accept and Close